In late June 2016, NUS Law sent a team of 4 negotiators and 2 mediators on an all expenses paid trip to Vienna Austria, and since they were there they were to also compete in the CDRC Vienna Negotiation and Mediation Competition. The preliminary rounds were not easy, we went up against teams from Cologne, New York, Sydney and Brazil, most of whom had more experience than us, compared to me at least. But we progressed to the quarter-finals, holding out against PUC-Sao Paulo, and that is where the magic ended but not before giving everyone watching our last round great entertainment. Many people go down with anguish and pain, but only we go out with the room laughing.

Apparently NUS has acquired an experience for being comedians as the team keeps cracking jokes in the negotiations to great effect, I take some responsibility for this. But really beyond the humour, we had a solid team that got the basics right, knew how to push the negotiations, and had the discretion to effectively use humour to make us memorable.

Thank you to the team, Esther Candice Lim Yanqing, who carried all the rounds we played and who acts so so beautifully, Jia Shun who was the constant presence and mastermind behind the planning and Wesley Aw who generally excelled, showing that his status as the most junior member of the team means nothing, unless he sees horses, then its quite obvious.

Special thanks goes to Tan Ting Wei and Minhui Chan, the mediators who play and keep it real. Thank you everyone for the hard training over the past 2 months and for filling in for me when I went on my Melbourne Academic Visit.

Your results do not do you justice, but then again what is a trophy against the future you all have in this profession? I will not trade our training and preparation for the real world for one that would allow us to gain only temporal accolades.

I wish each and every one of you the very best in your futures. As the last man standing in Vienna now, I find myself greatly missing your company, wit, banter and humour (except for certain elements). I will gladly sail into another competition with you all again.

But for now the chapter has closed. We have fought, we have lost, and now we shall rest. Never was it more deserved. 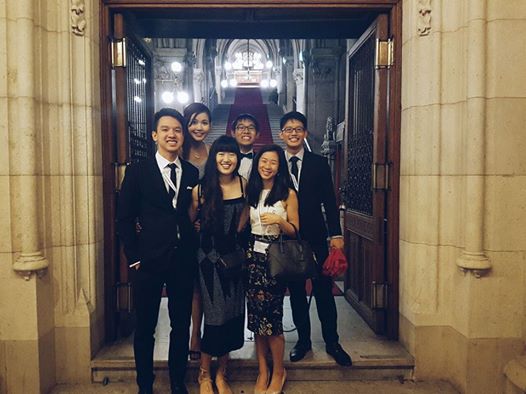 Self Improvement Methods That Work