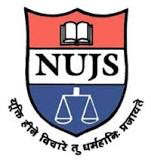 The concept of Alternative Dispute Resolution is a long standing phenomenon. Societies for centuries have been developing processes to resolve disputes that are informal and non adversarial in nature.[1] India has also been part of a long tradition of using the alternative dispute resolution processes- the most well known form, i.e. the Panchayat System has roots over 2,500 years old and continues to be a widely accepted form of dispute resolution for both commercial and non-commercial disputes.[2]

The rise in the use of these alternative mechanisms has to be perceived in light of the traditional judicial systems and their shortcomings.[3] It has been acknowledged that adversarial litigation need not be the sole means of dispute resolution- it is plagued by problems like congestion in court rooms, a severe lack of manpower and resources combined with problems of delays, cost and procedures.[4] Due to this fact, the importance of ADR has risen significantly in almost every civilized jurisdiction.[5]

Through this post, I trace the development of the establishment of Alternative Dispute Resolution in criminal cases and criminal defense procedure in India and analyse its benefits and limitations in this context.

ADR IN CRIMINAL CASES IN INDIA

In order to create a system to manage the backlog of cases in the Indian judicial system, a review of the court system was undertaken by the Malimath Committee, and a series of recommendations were made with the aim to reduce litigation and ensure that justice is made accessible to the people at the minimum cost of time and money.[6]

Steps were taken by the Central Government to formally introduce the ADR mechanism into the criminal justice system by passing an amendment of the National Legal Services Authority Act, 1987 thereby providing for the establishment of ‘Permanent Lok Adalats’ and an introduction of the concept of “plea bargaining” in India through the Criminal Law (Amendment) Act, 2005 embodied in the Chapter 21 A of the Code of Criminal Procedure, 1973.[7]

The requirements with regard to plea bargaining in India are fairly extensive; it is necessary that the person applying must not have been convicted of the same offence earlier, the punishment for that offence must not be more than 7 years (or include life imprisonment or death as a punishment), and the offence should not socio-economic, be committed against a woman, child- all these point towards the inference that the applicability of this chapter is restricted to crimes that are not considered a potential threat to society and are not very serious in nature.[8]

A plea bargain in India would entail the following: a recommendation by the prosecutor to sentencing judges as to leniency of sentence in lieu of plea of guilty; a reduction of a charge from a more serious charge to a lesser charge in return for a plea of guilty or a withdrawal of one or more charges against an accused in return for a plea of guilt.[9] While the judgments of cases with plea bargaining are final and with no appeal, writ petitions to the High Courts and Special Leave Petitions under Article 136 are available remedies for the accused, acting as a test for unethical and illegal bargains.[10]

The process however, did not always have approval from the judiciary in India- in Murlidhar Meghraj Loya v. State of Maharashtra[11] it was emphasised by the Supreme Court that the concept provided room for a culprit to “trade out”, an arrangement that was beneficial to everyone except the victim and the society. This line of reasoning continued in Kachhia Patel Shantilal Koderlal v. State of Gujarat and Anr[12] where in its disapproval the court termed the mechanism unconstitutional, illegal and one that would encourage collusion, corruption and lead to the pure justice system being polluted.

The shift in the attitude happened with State of Gujarat v. Natwar Harchandji Thakor[13] , where the Gujarat High Court acknowledged the method as an alternative to litigation and trials. The court’s reasoning was, “the very object of law is to provide easy, cheap and expeditious justice by resolution of disputes, including the trial of criminal cases and considering the present realistic profile of the pendency and delay in disposal in the administration of law and justice, fundamental reforms are inevitable. There should not be anything static. It can thus be said that it is really a measure and redressal and it shall add a new dimension in the realm of judicial reforms.”[14]

The Benefits and Limitations Of Plea Bargaining

ADR has many obvious benefits- these include reduction in litigation costs, timely conclusion of cases, speedy redressal to the victim, flexibility in terms of its function.[15] According to Edmondon based criminal lawyers, however, plea bargaining in criminal cases has certain advantages:

Some jurists believe that a bargained guilty plea may be a manifestation of the acceptance of responsibility of one’s crime, with the view to correct one’s behaviour.[16] A plea bargain serves as a method for dispute resolution whereby both parties’ positions are improved by way of a compromise.[17]

Plea bargaining also serves as an economically sound method of reaching conclusions to criminal cases-an effective plea bargain saves the costs that would otherwise have gone towards litigation.[18] In India, it could be argued that since it applies only to offences that are deemed less serious in nature, plea bargaining tackles the greatest criticism of ADR mechanisms in criminal cases- as it prevents serious offenders from escaping due punishment easily.

The process is also criticised for the following reasons:

Privatising of public harm- This is by far the greatest criticism of the mechanism. By advocating ADR as a perfect substitute for judgements, this mechanism has been criticised as it is said to trivialize the role of law suits and privatise disputes at the cost of public interest and justice.[19] This criticism has the most relevance with regard to criminal cases, as those are said to be crimes against the society at large. Accoding to the criminal laywer Ontario, allowing a private agreement in such a scenario is therefore deemed as compromising on societal interests.

Coercion and corruption in plea bargaining- This criticism is a close second. As has been pointed out, the judiciary in many cases as pointed towards the possibility of coercion and the need to ensure that the decision to enter into a plea bargain is voluntary.[20]

I have mapped the application of the ADR mechanism with criminal cases along with its procedure, and its limitations and benefits. I have highlighted the key areas that play a pivotal role in the development of the mechanism. It is true that the ADR mechanism in India has many loopholes.[21] However, these can be corrected as the mechanism develops over time. What most will agree on is the fact that in today’s scenario, ADR could very well be a competitor to the traditional methods of litigation, and is a much needed one that will facilitate better access to justice for those who choose it.

[9] K.V.K Santhy, Plea Bargaining In US and Indian  Criminal