Gigi is a member of the Istanbul Bar Association and currently an SJD candidate at WFU Law School in North Carolina. 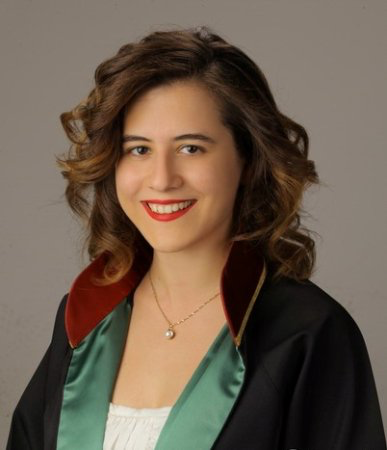 Imagine yourself as a Turkish mediator in an employment dispute. You have a pro se complainant who worked for a company for six years, being forced to work overtime and fired with no explanation, and an employer’s counsel in a joint caucus. In his opening statement, the employer’s counsel recites the facts and relevant case law for a considerable amount of time while the pro se complainant tries to apprehend all the fancy legal words that the counsel uses. The first separate caucus with the complainant reveals that the complainant did not understand what the counsel said and do not know what to seek in damages and decides to agree what the counselor offers because he is in immediate need of money.

Here the conundrum is. As a mediator, you are aware of the ethical rules and the fact that you have to be impartial. In the meantime, you also know that all doubts in the implementation and interpretation of the provisions of the Turkish Labor Law, including its implementing rules and regulations, shall be resolved in favor of labor, so adjudication before a judge might have resulted differently for the complainant. Considering all of these, does that mean that a Turkish mediator may not facilitate justice, or in other words, is mediation at odds with the basics of Turkish employment law?

Voluntary mediation was introduced into Turkish law with the Law on Mediation in Civil Disputes in 2012.1 Five years after, pre-litigation mandatory mediation for certain employment disputes was adopted with the Law on Labor Courts.2 As of January 1, 2018, parties must have attempted mediation before commencing the trial.3 To that extent, for the first time, disputes regards the indemnity claims and reemployment have become subject to pre-litigation mediation.4

Mandatory mediation in employment disputes has been harshly criticized by many commentators, unions and lawyers on the grounds that mandatory employment mediation is not fair because of the imbalanced power dynamics, especially where the employee cannot afford a legal counsel.5

If we look at our hypothesis again, what should a Turkish mediator able to do? Under Art.3 of the Turkish Ethics Rules of Mediators, a mediator shall conduct a mediation in an impartial manner and avoid conduct that gives the appearance of partiality.6 That being said, Art.5(8) of the Ethics Rules stipulates that “[i]f a party appears to have difficulty comprehending the process, issues or settlement options, or difficulty participating in a mediation, the mediator should explore the circumstances and potential accommodations, modifications or adjustments that would make possible the party’s capacity to comprehend, participate and exercise self-determination.”7

Reading these two articles together, we can conclude that procedural fairness and party competency as imperative as the impartiality of the mediator. Thus, a mediator is entitled to take the liberty of making “potential accommodations, modifications or adjustments”. To provide this, mediator, for example, questions whether the complainant fully understands the mediation process, paraphrases the statements and asks the employee again, or if it is necessary, he or she postpones the session, withdrawing from or terminating the mediation.8 In addition to these ethical requirements, the Ethics Rules also ensures the self-determination and informed consent of the parties.9 Thus, it is of significance to distinguish that mediation as an alternative to litigation is not against the notion of justice and fairness per se.

Nonetheless, risks associated with mediating with pro se complainants can be outweighed by integrating certain methods into the mediation process. Some commentators have offered implementation of a “cooling-off” period which allows parties to withdraw from the settlement agreement for any reason.12

In addition to this, adopting an evaluative approach by a mediator could be an option. To that extent, the mediator may point out the weaknesses of each parties’ cases and predict what a judge would be likely to do if the complainant proceeds to litigation. The third option could be to improve and extend the boundaries of legal aid in civil disputes. Under the current practice in Turkey, the party seeking for legal aid must apply for below poverty threshold certificate, and it is highly challenging to meet the thresholds of requirements, such as not being protected by social security and owning a real property. Although legal aid is currently available in mediation if the requirements are met, the minimum requirements could be lightened and representation by a counsel made available to the party in need especially where there is a possible power imbalance, and the party is subject to mandatory mediation as in mandatory pre-litigation mediation.

In conclusion, where the parties are unrepresented, and there is a possibility of power imbalance, the situation requires special attention both for the mediators and judges who assess the settlement agreement. Nonetheless, mediation is a great alternative dispute resolution mechanism that provides efficiency, flexibility and quick access to justice. The situations that require a special attention should be ignored in order not to cast doubt upon the fairness of mediation. This is especially true for Turkey since mediation is a very new method and still in progress of being embraced by the court users, judges and lawyers.