Her fear of falling

She sighed and whispered silently, “May God help and protect the helpless and the struggling ones.”

I looked out the window to find any reason why she uttered these words.

Looking out of the car window, it appeared to me that I was really looking at a screen playing a movie on structural violence at that moment. A movie that evidently picturizes hunger, suppression, abuse, maltreatment, and the devastations of war.

I was heading home on public transport after spending my day doing field research. I was lost in my thoughts of the disheartening stories of working kids I had collected for my research project when the car door suddenly opened. The woman sitting beside me, who was closest to the door and would have fallen out, had I not held her back. In Afghanistan, drivers pack as many people as they can so they can earn more money per trip and without any consideration for the safety of their passengers.

But little did I know that the unexpected opening of the door would present me with another painful, unwrapped story.

Coming back to the door, we realized that it was the driver’s assistant who had opened it to make sure it was latched properly. Nevertheless, it frightened the woman. Her fearful reaction to the opening of the door made the driver’s assistant and driver laugh. My mind hanged to processes. Men’s laughter at a woman’s fear of falling down reminded me of how women are constantly emotionally broken down in my country because of stupid gender rules. It made me contemplate the depths of my insights and discourse about men that were adversely influenced and shaped by the recent harassment cases that I had to struggle and deal with almost every day on the  way to my job. The stories of self-worth and damaging relationships of some female friends who had to compromise self-love and confidence. The narrated stories of women in Kandahar. Particularly, the recent story of a child marriage, in which the girl escaped and returned to her to her parents’ home only to be expelled by her parents and sent back to her husband’s house, later to be beaten and ill-treated  by him and her in-laws.

These all contributed to how the incident happening at the moment should have been processed and analyzed. For a while, I was struck by the irritating thoughts that perhaps these men who make the vulnerable go through sexual abuse and exploitation, marital rape, psychological abuse, femicide, slavery, and harassment to satisfy their desires, embody the worst demons in human form. Very well informed of the harm the acts cause, yet making women suffer as if their suffering is a source of pleasure and joy.

However, coming back from my male-bashing thoughts to the reality of the moment, I decided that I had enough of their laughter and the more time went on, the more unbearable it became. I knew I should interfere; I told the men that they should be sorry for their disgraceful behavior, but it was so disappointing that they kept making fun of how they scared the women with the sudden opening of the door. I sensed that my voice was filled with anger and a part of my sub- conscious mind reminded me of the norms of my suppressing culture that a woman must keep in mind while conversing with the opposite gender.

Nevertheless, I shut the conflict inside my head so that I could hear the woman. I noticed her talking to me and complaining about how her last few days had gone by.

She said, “I have been through worst these past few days, this is nothing compared to what I have experienced recently. It is okay, let them be.”

I asked if everything was alright with her. She was sobbing, couldn’t spare time to talk. Indeed, in a male-dominated society like ours, women expressing emotions through crying is considered guile by drama queens. Obviously, a woman having this in mind, wouldn’t cry. Yet, shading tears is the ultimate expression of deep emotional pain.  Having this realization in mind, I knew she was going through a very serious phase but I wondered what that could be. I asked if I could help her but she remained silent. After a while, she burst out that it was her husband.  He expelled her from their home.

This really concerned me about what she would do based on the fact that a lot of women are financially dependent on their husbands. That is why separation put the women in an impossible situation. However, I curiously asked if she had a job. She said she was a teacher and jumped into the topic of what her husband thinks of her as a teacher.

She asserted that “he tells me that I am a pimp”

She later asked me if a school was a place for pimping and pandering, desperately seeking my validation. She further explained how loyal she is to her husband and what treatment she gets in return.

Looking sad, she claimed, “I only have my husband’s number saved on my phone and except for him, no other man calls me anyway. It is that easy, if you set limits to how people treat you, you never get late-night calls from the opposite gender and you wouldn’t go on talking for hours and flirting with them through the phone.”

I wondered why she was telling me all this until she opened up that her husband got a call from his female colleague late at night, the previous night. He left for the other room and locked the door. He talked for hours with that girl.

“I wouldn’t mind it if it was a formal call and he wouldn’t have issues with me hearing their conversation. It bothered me the whole night but I didn’t dare to talk about it until the next morning when I finally spoke with him.” She said.

She asked the reason why he was doing this to her, but his response came in the form of a severe beating and also him throwing her out of the house. That is why, she was in the car heading to her only sister’s home with no clarity and many concerns about her future, especially now that she is considered a dishonored woman.

I reached my destination and dropped out of the car with many questions in mind. He is the one who breached the sacred bond of marriage, while she remained loyal. He lives free of all social constraints while she is bound to follow them. Yet, despite all this, it is her who was blamed, it was her who was beaten up and thrown out of the home, the one who broke rules of the sacred bond of marriage, not him, never him. Didn’t he have the reason to expel her from their home? 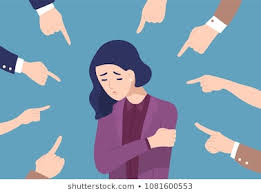 Did he not have the reason to beat her up?

And did he not have the reason to kick her out of the house?

However, like many times before, I was struck by the fact of how flawed the marriage institutions were in my society. How it perfectly cages women while setting men free to break the rules. The destruction it has wrought on the society. Recalling similar stories I had known. Thinking about how each one of us knows of a story similar but preferring silence. Letting the destructions and sufferings keep winning over us as if both genders, by consent, desire to live this life of inequality, distress, and constant misery. 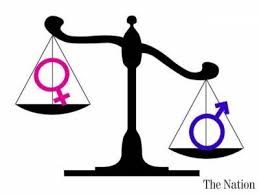 Zakira Rasooli is a human rights activist and writer. She is the co-founder of conflict transformation movement named Afghanistan Unites and  is a senior political science student at American University of Afghanistan.